Welcome to the world of VR Adult Movies! How to watch Virtual Reality videos.

How to watch with your iPhone!

STEP3
Add the video with iTunes

Install the VR Movie app on your iPhone and save the downloaded VR video to iPhone with iTunes. After that, you can enjoy the VR video just by launching the app.

Get Your Head-mounted Display Ready

In order to view VR videos on iPhone, you need an iPhone, a computer with iTunes installed, and a head-mounted display for smartphones.

To watch a VR movie with your smartphone, first download the dedicated app!

First of all, you need to download a dedicated app that supports VR videos. If you're an iPhone user, first open the App Store and tap Search, the second from the right at the bottom. If you enter "homido" in the search window, "homido 360 vr player" will appear in the search suggestion, so tap to search. 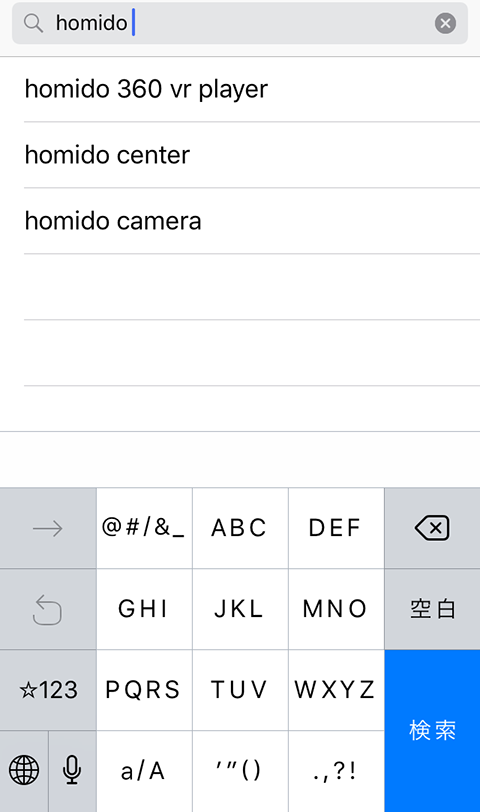 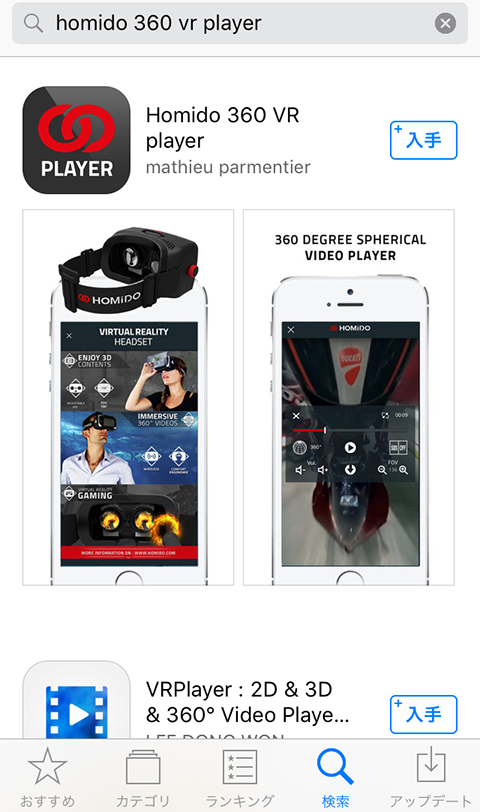 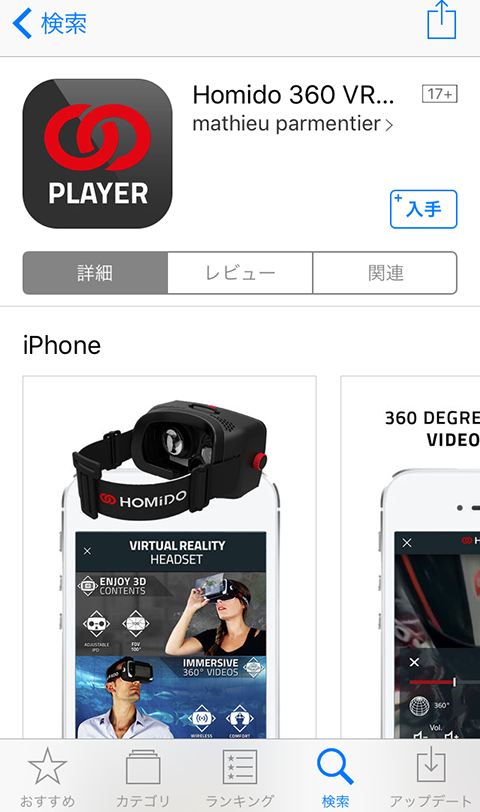 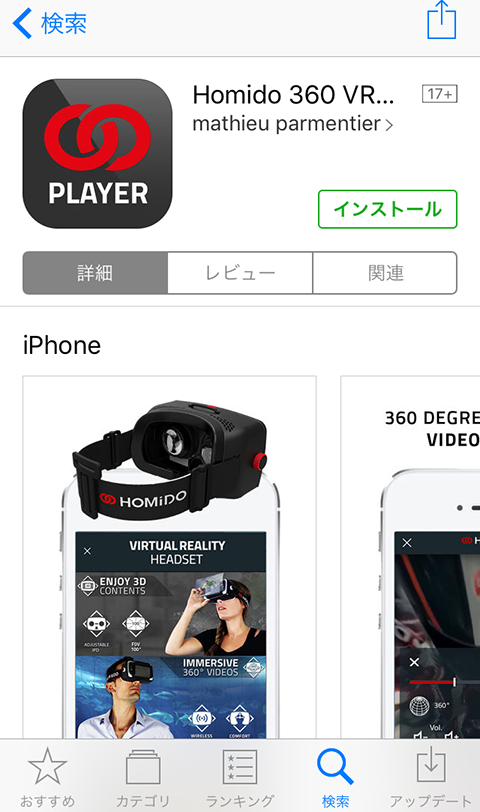 If you decide to use "Homido 360 VR player" later, find the app icon on the home screen and tap it to launch. 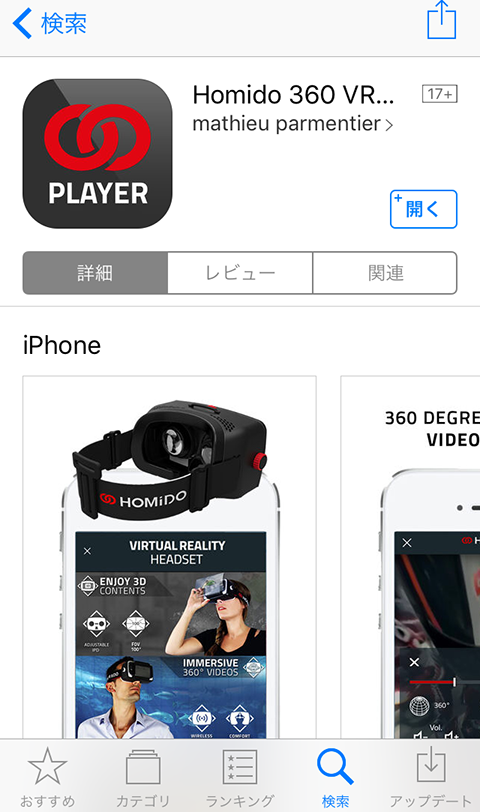 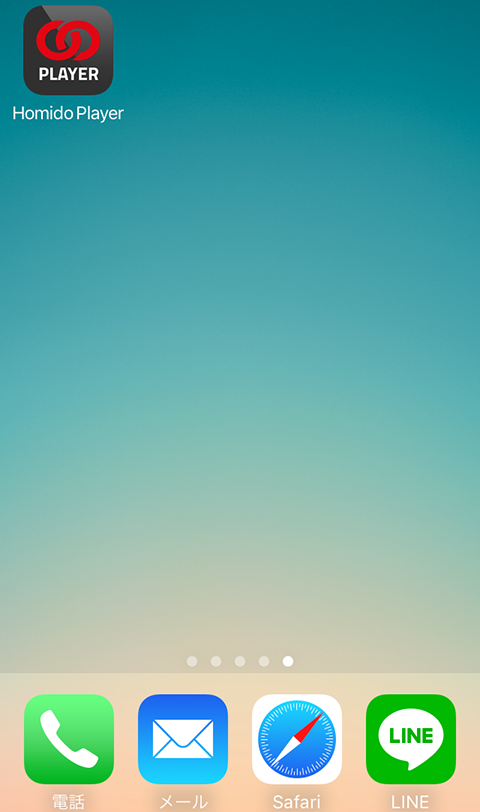 How to add VR videos from iTunes

Once you have installed Homido 360 VR player, log in to TokyoHot and download a VR video you want to watch.

After downloading the VR video, start iTunes, connect your iPhone and computer with a USB cable and open iTunes.

When your computer and iPhone are properly connected, you'll see an iPhone icon in the upper left, so click the icon.

When you click the icon, "Summary" is displayed, click "Apps" under "Summary" in the left menu, and scroll to the bottom. You can then see that there is the "Homido 360 VR player" that you installed earlier. 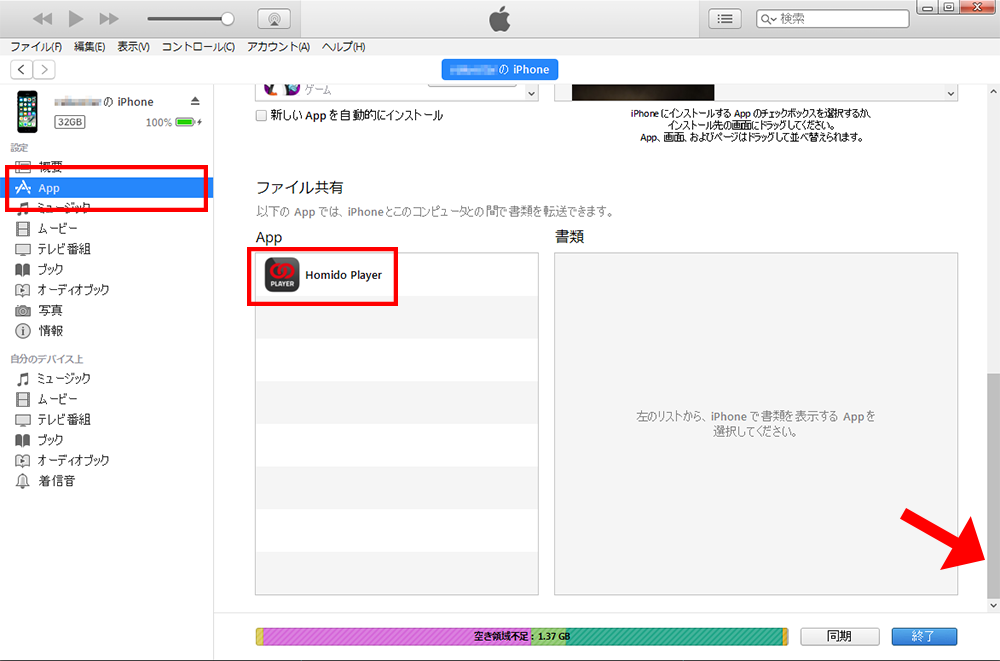 Click Homido Player in the middle of the screen, click "Add..." at the bottom right, then select the video you just downloaded.

You can see that the video you downloaded earlier has been added to Homido Player Documents. Also, if you want to add another video you've downloaded, you can add it again from "Add...".

If you don't have any other videos to add, click Sync at the bottom right. You have now put the downloaded VR video into your iPhone.

Open the "Homido 360 VR player" that you just installed and attach your iPhone to your head-mounted display. A red dot appears near the center of the screen, and by moving the neck up, down, left and right, the point is also linked and moved, and you can operate the iPhone set on the head-mounted display at that point.

Being stationary, the color of the point changes from red to blue to green, and when it becomes green, you can have the same effect as tapping. 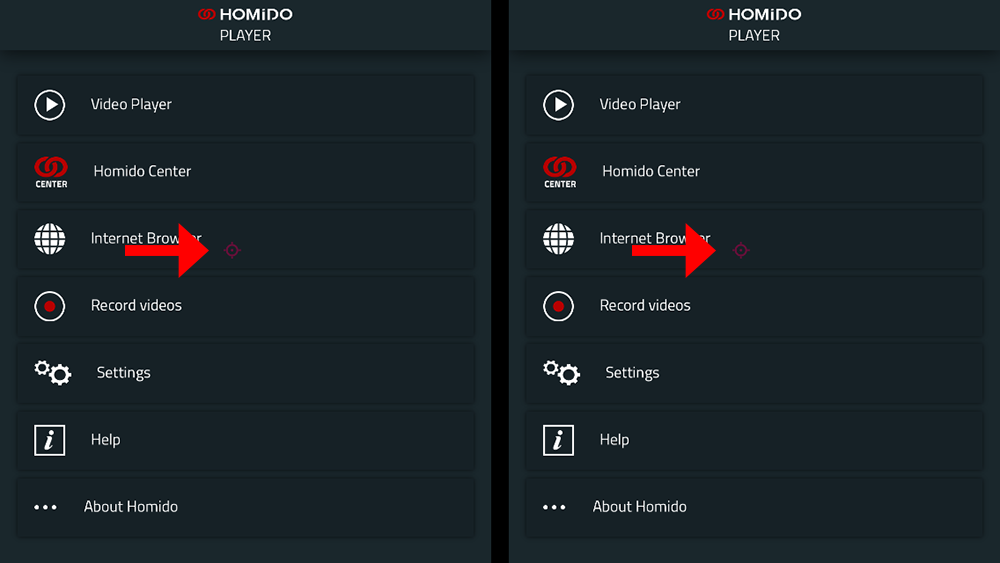 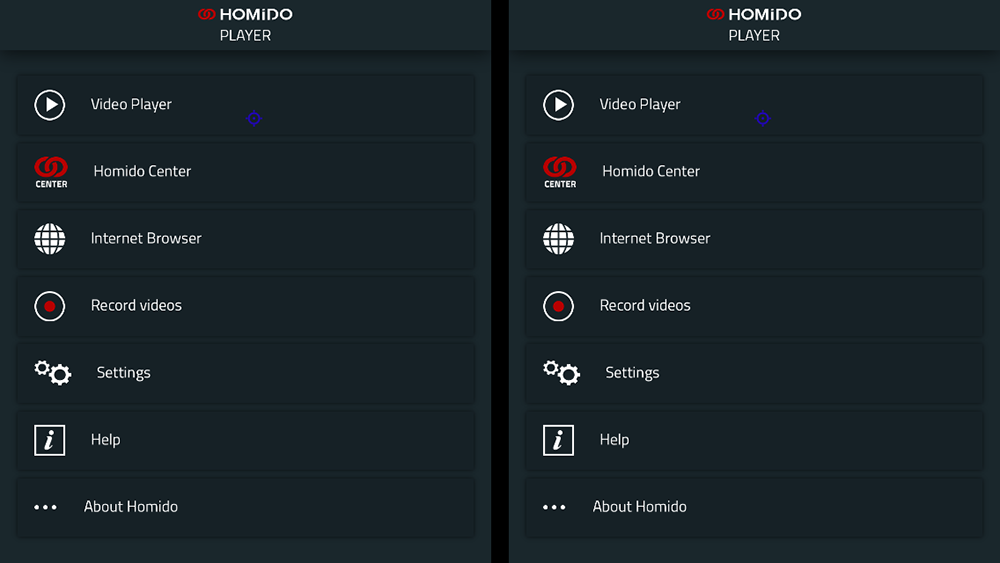 In the place where "MY VIDEOS" is written in red letters, there is a title of the VR video that you added from iTunes earlier, so if you move the red dot as well, the video will begin to play. 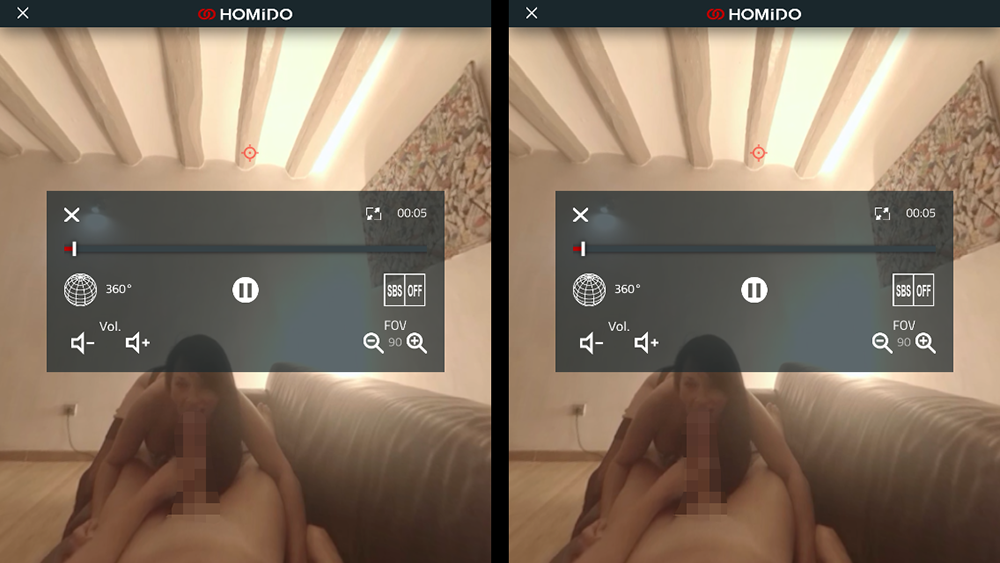 You can also experience the feeling of being in the actual space of the video, such as being able to see the entire room by looking around 360 degrees. 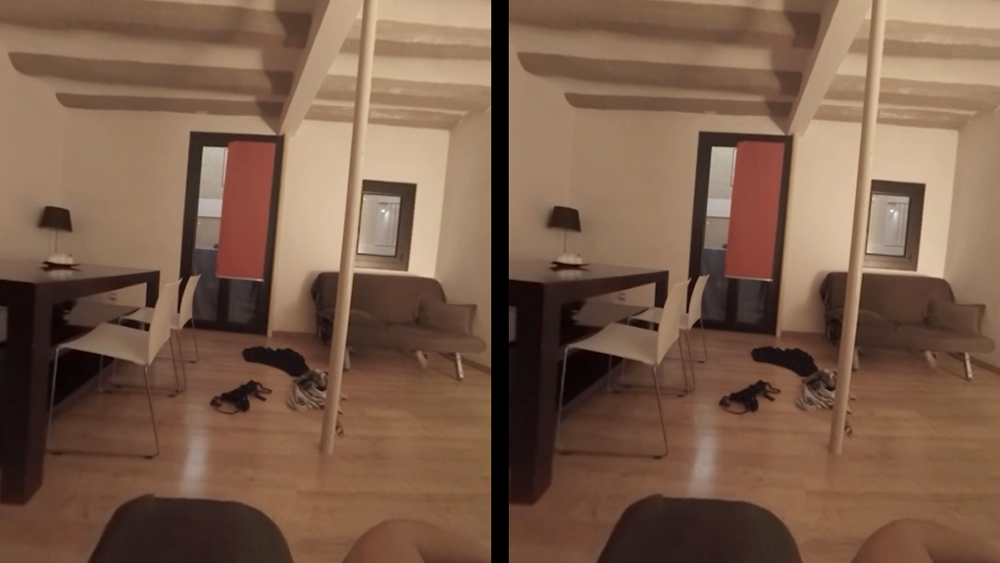 How to watch with your Android!

STEP3
Copy the movie to your Android!

Install a dedicated VR app on your Android. Connect your PC and Android with a USB cable and copy the downloaded VR movie to the folder in Android. Launch the app to watch the movie.

STEP2
Save the movie to a USB flash drive and connect the drive to the PS4.

STEP3
Play the movie with the App, Littlstar.

Then move/copy your downloaded VR movie to a USB flash drive and insert it into your Play Station. Launch the installed Littlstar VR app and play the movie from the flash drive.

*PS4 is also required to watch VR movies with Playstation VR.
*Please install the latest version of PS4 media player. Must be version 2.5 or later.

How to watch with your VIVE!

STEP3
Play your selection on the dedicated player.

Download a VR video and install the VIVE desktop app from VIVE official website (https://www.vive.com/). Connect the VIVE to your computer with a USB cable and launch the VIVE's dosktop app you have just installed. Now you're ready to , the enjoy the movie.

STEP1
Connect GearVR to your Galaxy!

STEP2
Their app is automatically installed.

When you connect Gear VR with your Galaxy smartphone, the Oculus app is automatically installed. Download a VR moive from TokyoHot on your PC and connect your Galaxy to your PC. Create a folder called "360movies" in the "Oculus" folder in your device, and copy the movie to it. When the copy is complete, launch the Oculus app. Now you can play and enjoy the VR movie.

STEP3
Play the movie with the dedicated player

Download a VR movie and install the software called PLAY'A Video Player from Oculus Rift's official website. (https://www.oculus.com/) After setting the equipment, you can enjoy the downloaded VR movie.